Ghosts is the second single taken from his forthcoming album The Fire Cosmic released by RED7 Records on Friday August 6th.  The song is playlisted on Planet Rock and other radio stations.

Written on a beat up 1929 National Triolian Resonator, the new single Ghosts from the forthcoming album The Fire Cosmic follows a character that first appeared in the song The Line from Troy's previous album Dirt Blues Ritual.

Ghosts, is available to stream and download HERE. Pre-order the The Fire Cosmic album HERE. 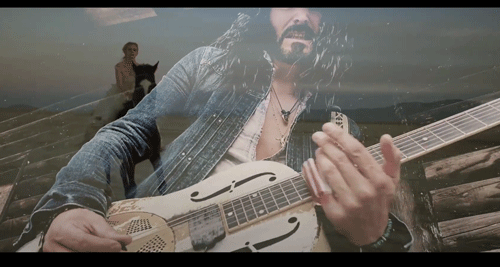