Huge thanks to Guitarist Magazine for giving my new album 8/10!!!

You can order in the shop!!

Fuzzed-up slide, anyone?
Armed with a collection of guitars that includes some 1920s
Nationals and with a rhythm assemblage featuring drummer
Darby Todd (The Darkness, Robben Ford, Paul Gilbert),
bassist Dave Marks, plus the legendary Ron ‘Bumblefoot’
Thal, British slide guitarist Troy headed off to Rockfield Studios in North
Wales to lay down what he describes as being some “bombastic, sassy
blues-rock boogie”. It’s all about raw, sweaty, low-down blues – complete
with a backbeat that would stun an ox – decorated with Troy’s overdriven
slide permanently on 11. Infectious hooks come thick and fast with Trey’s
vocals ripping it up on the album’s 10 tracks, the songwriting mature as it
is powerful. He is on tour with Robert Jon & The Wreck later on this year –
sounds like a great evening out to us! [DM] 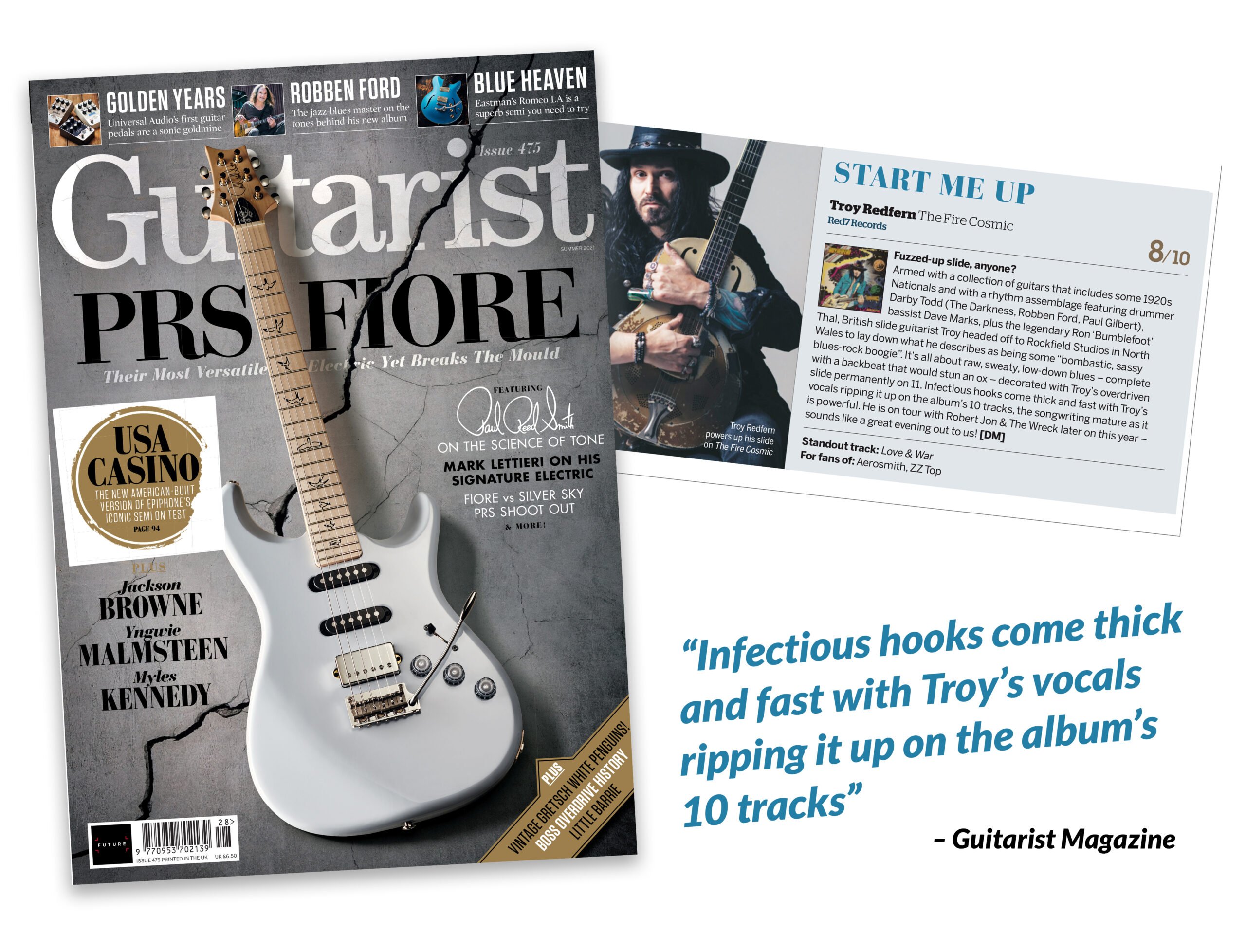